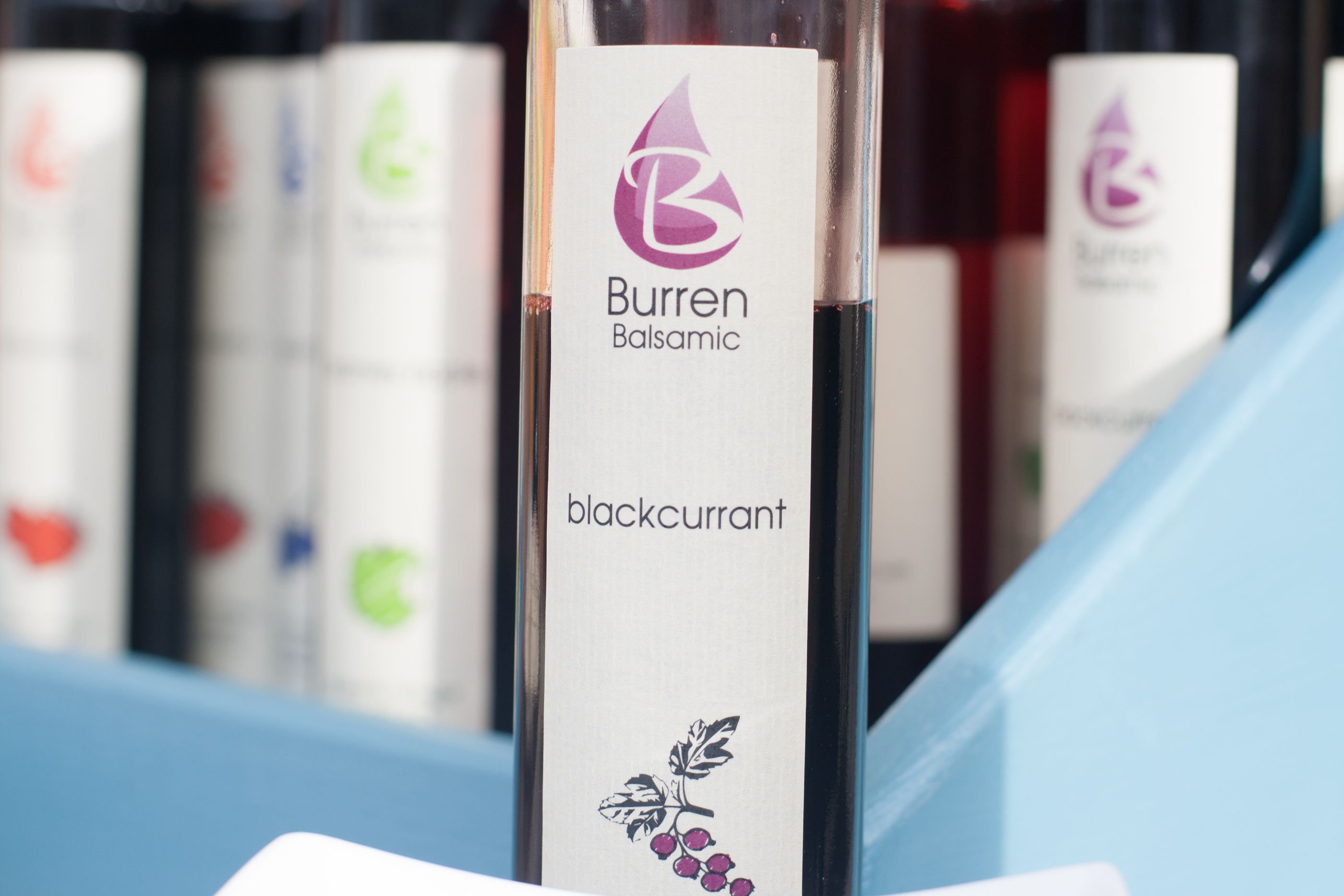 We use Burren Balsamics here at Warke's Deli in Portstewart

In Northern Ireland, County Armagh is one destination firmly on the food and drink map. ‘Made In Warke’s Deli’ features Burren Balsamics – a company in the middle of The Food Heartlands.

County Armagh’s Burren Balsamics may only be a fledgling business but it has already crammed a lot into its first three years.

Earlier in the summer it won Best New Business at the Food Heartland Awards organised by Armagh City, Banbridge and Craigavon Borough Council.

And it is from this County Armagh food heartland that Burren Balsamics draws a lot of its inspiration. Unsurprisingly the Armagh Bramley Apple is the star of some the company’s products.

Warke’s Deli loves the story behind Burren Balsamics and how it is attracting the attention of some of the country’s top chefs and hotels such as the Hastings Group.

Founded in 2013 by Susie, Burren Balsamics stemmed from a desire to create an array of flavours which could be used as part of any recipe, to produce not just a luxury dressing but a store cupboard essential.

Susie is a trained chef with over 30 years experience and always enjoyed experimenting with infused vinegars. But it wasn’t until she was asked to take a stall at a Marie Curie charity event that she developed some new flavours. It was the enthusiastic public response to these flavours that inspired Susie to found Burren Balsamics.

At Warke’s Deli we love the Burren Balsamics range – these 100 per cent natural products deliver a rich and distinctive taste but always compliment a dish rather than overpower it.

When most people think of balsamic vinegars they think of Italy so it is so refreshing to be able to stock such a fantastic home produced product. A product which easily stands shoulder to shoulder with some of the best balsamics in the world.

We are passionate about great local produce so it gives us such a thrill when a business such as Burren Balsamics bursts onto the scene.

For the love of jam!

A story worth spreading!